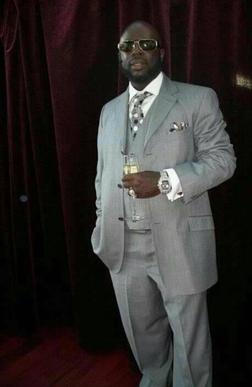 David Smith also known as “Smooth” was born in Redhook, Brooklyn, NY. He spent his early years in Kingston, Jamaica West Indies and later returned to New York where he now resides. As a young adult, David worked as a Manager in the supermarket food chain. In 1998 he later became member of the Masonic Order and advanced quickly through the ranks. David is a 32nd Degree Master Mason and has held many high ranking titles in several subordinate houses throughout Masonry. He was the Potentate for Elejmal Temple #185 in 2013 and now holds the title of Past Potentate. He credits much of his leadership ability to the discipline of the Order. As an entrepreneur, David owns several businesses: He is the CEO of HighRollaz Cigar Club LLC conceived in 2015 and Owner of a fuel distribution company. He is also the Founder of HighRollaz SUV, Motorcycle, Auto and Social Club, Incorporated, established June 6, 2006 in Brooklyn, NY. High Rollaz has since branched out to Albany, NY; Augusta, GA;

Waterbury, CT; Bronx, NY; Westchester, NY; Trenton and Newark, NJ. The chief focus for this non-for-profit organization is Community Service. David is Married to his beautiful Wife Wendy and they both have 5 children; Tyran, Antoine, Crystalee, Kenneth and DaVaughn.

A little about me...